In appearance the Asellidae (freshwater Hoglice) look like aquatic woodlice, with Proasellus cavaticus being easily separated from the epigean Asellus aquaticus and Proasellus meridianus by its lack of eyes and pigment. The two latter species occasionally turn up in allogenic streams in caves, washed in from the surface.

In Gledhill et. al. (1993) Proasellus cavaticus is named as Asellus cavaticus. Henry & Magniez (1970
& also see 1983) split the genus Asellus, raising the sub-genera Proasellus, Dudich, containing the species Asellus cavaticus and Asellus meridianus, and Conasellus, Stammer, containing Asellus communis, to generic level [Conasellus communis has since been moved to the genus Caecidotea (Packard, 1871)]. This proposal has been widely accepted in Europe.  At the time of the publication of the FBA key there was some debate amongst the authors but it was decided to retain the single genus Asellus (Gledhill pers. comm.).  Most British workers on the hypogean Crustacea use the name Proasellus cavaticus, in line with their European counterparts.

Proasellus cavaticus was first collected from the Town Well at Ringwood, Hampshire by D.E Lucas in 1925.  It is widespread in caves in the Mendips and South Wales but has also been recorded from various interstitial and groundwater sites in southern England and Wales.  These sites include: the upper reaches of the Little Stour River and Dartford in Kent; the Corsham stone quarries, Wiltshire; water cress beds and boreholes in Dorset; Spratts Barn Mine, Oxfordshire; boreholes in the Cotswold Hills of Gloucestershire; and several springs, boreholes and rivers in South Wales.

British Proasellus cavaticus have two distinct size morphs. A smaller form (approx. 4mm to 6mm) is common in the vadose zone of Mendips caves, whilst the larger (approx. 8mm to 11mm) morph is found in the South Wales caves and the phreatic zone of Mendip caves such as Wookey Hole and the Cheddar River Cave. The Ringwood specimens and those recently collected from boreholes in Dorset are of the larger morph. It has been suggested that the two morphs might be distinct cryptic taxa (morphologically almost identical but genetically different).  However a recent molecular analysis of the two size morphs and comparison with European specimens by Christophe Douady of the University of Lyon have shown them to in fact all be one species, rather than a group of cryptic species, although the largest British specimens appear to be much larger than the European specimens examined at Lyon so far.  The reason behind the occurrence of the smaller size morph in the vadose zone of Mendip caves requires further investigation. 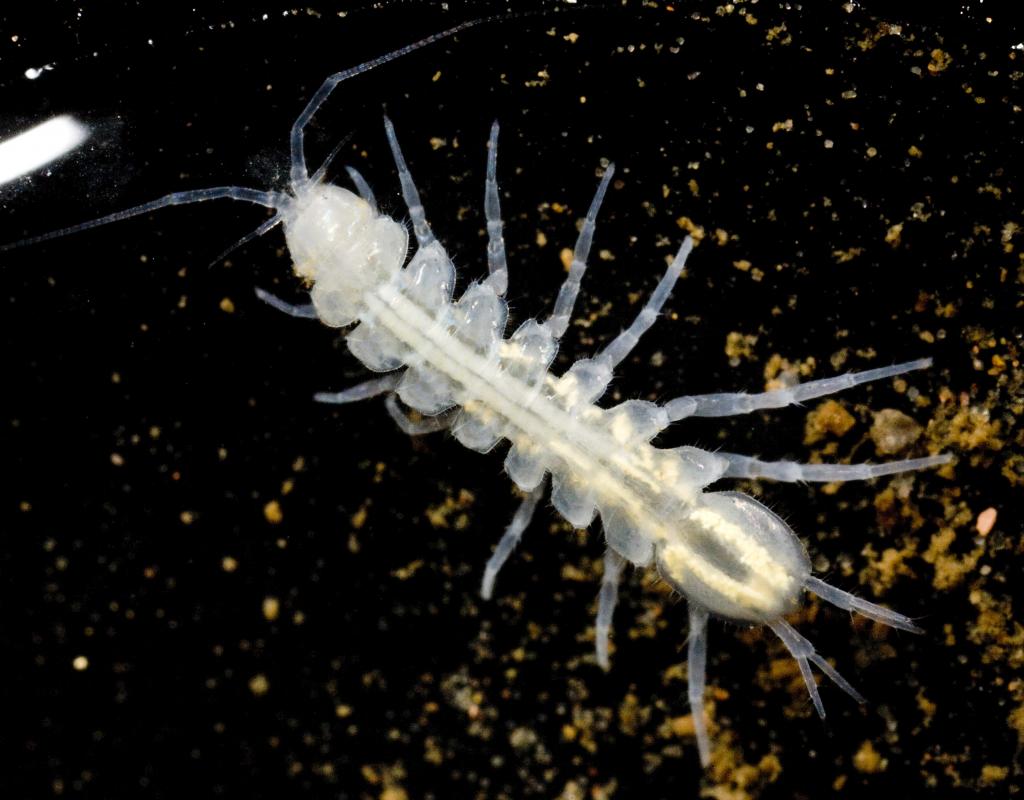 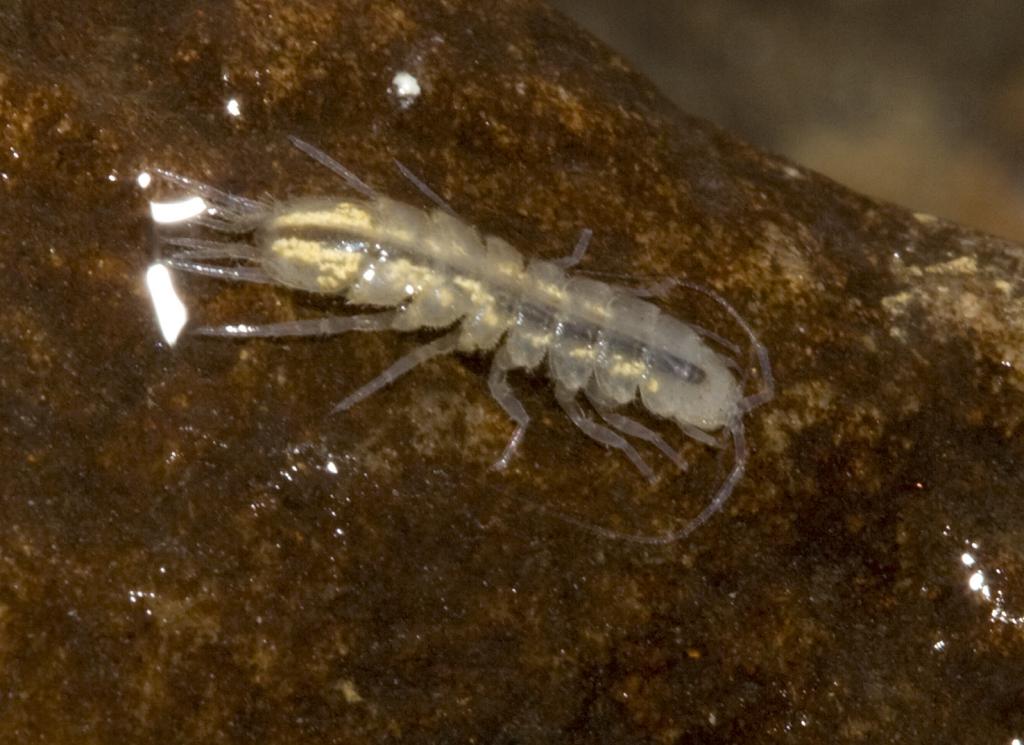