First described by Bate (1859) as Niphargus kochianus from a single specimen collected from a pump in a house at Ringwood, Hampshire. In the early 1930s Schellenberg (1932; 1933) added two sub-species, one from Belgium and France and one from Ireland (Niphargus kochianus irlandicus), [formerly English N. kochianus was also described as a sub-species (cf. Niphargus kochianus kochianus) see below] upon examination of the first male specimens of the group obtained. British specimens of male Niphargus kochianus were not recorded until 1970, from the Waterston cress beds by Gledhill (1977) (although there is a dubious record of a male specimen from St. Cuthbert’s in 1966).  It is thought that the hitherto rarity of records for the males was due to the dominance of females in most collections and the fact that the two sexes are very similar morphologically. Sexual dimorphism is not evident in the uropods, as it is in most niphargids, but in the length of the carpus of gnathopod 2, which is distinctly longer than the propodus in females, a key diagnostic feature for the species. Adult males are also on average smaller, about 3 to 4mm (mean 3.1mm in Stock & Gledhill, 1977)), in comparison to females which average 4 to 6mm (mean 3.9mm in Stock & Gledhill, 1977), the reverse being true for most other gammarids. Stock & Gledhill (1977) raise the interesting question as to whether the low percentage of males in certain populations and their smaller size might be due to the possibility of parthenogenesis occurring in the kochianus group, with the possibility of sex-reversal occurring in protandrous individuals.

N. kochianus is differentiated from other British niphargids by the sub-acute palmar angle of the propodus of gnathopods 1 and 2 and the acute posterodistal angle of epimeron 3. The telson lobes lack lateral spines, although 3 - 4 distal spines are present. N. kochianus and N. irlandicus primarily differ in the shape of the propodus; an extensive fringe of D-setae on the mandible palp article 3 of N. irlandicus; a single dorsal spine on either side of urosome segment 2 in N. kochianus (3 – 4 spines in N. irlandicus); and the more acute posterodistal angle on epimeron 3 in N. kochianus. 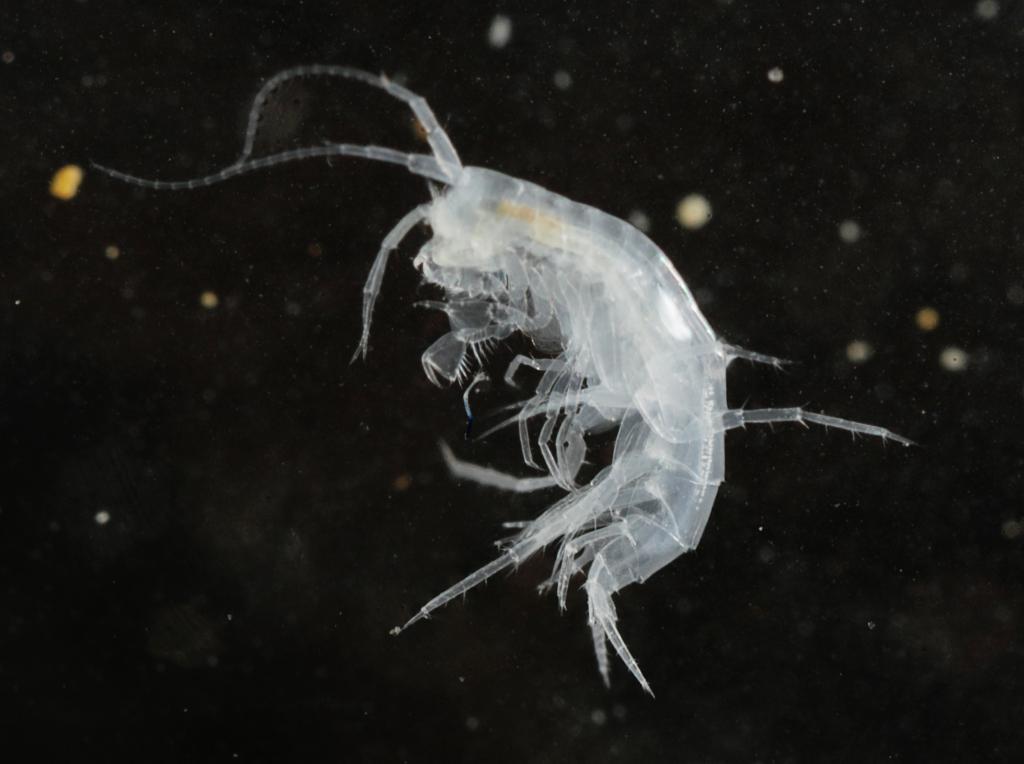 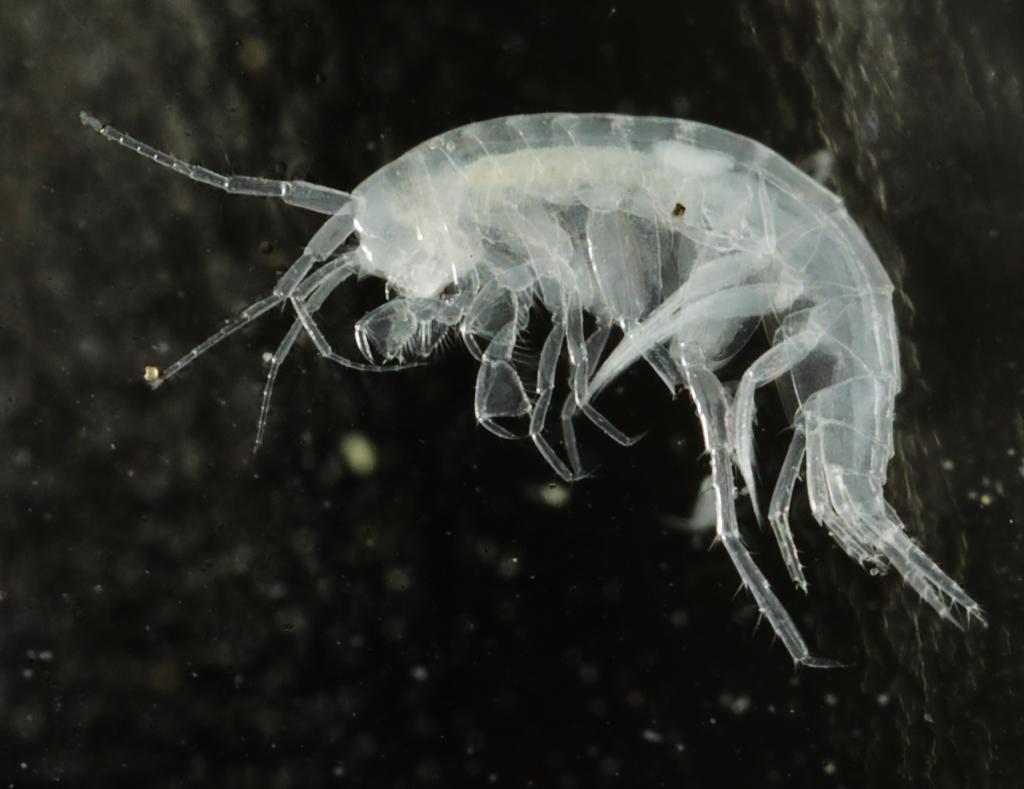 Two pictures of female Niphargus kochianus specimens from the lake in Pen Park Hole.  Note the very pointed (sub-acute palmar angle) of the first segment (propodus) of the gnathopods and the very long second segment (carpus) of the second gnathopods, key features which differentiate this species from other British Niphargus (photos courtesy of Andy Lewington).

N. kochianus has been recorded across southern England, from Norfolk and Kent in the east to Gloucestershire (possibly Somerset) and Dorset in the west. It is absent from Devon and Cornwall.  There is also a single record from Jersey in 1960 and specimens conforming to the described morphology for the species were collected from Alderney in early 2012.  There appears to be a strong correlation between the chalk (Cretaceous Limestone) outcrops and the distribution of N. kochianus. A similar association has been reported by Vonk (1988) in France. Most of the records are from interstitial (alluvial gravels) and phreatic (boreholes and wells) sites with only three records from caves. The single 1966 record from St. Cuthbert’s Swallet, in the Mendips is thought to be a possible confusion with mis-identified Niphargus fontanus. There are two 1951 records from Holwell Cave in the Quantock Hills of Somerset, although recent visits have only found Niphargus aquilex. Niphargus kochianus is present in large numbers, sometimes accompanied by N. fontanus, in the lake in Pen Park Hole, Bristol. This has been confirmed by recent surveys (Knight, 2017). The lake is believed to connect to the phreatic water table and the level has been observed to fluctuate with groundwater levels. It is thought that N. kochianus is predominately an inhabitant of phreatic groundwater.